Humans invent things to make their social life more comfortable, however, these technologies have adverse effects too.I strongly agree with the latter view due to several reasons that I will discuss in greater detail in my essay.

To begin with, mobile phones have made communication faster and cheaper, thus one can easily reach their dear ones who are living in any part on the earth. It is also possible to say ,as mobiles, transportation, artificial intelligence, digital currency and many more are becoming more smarter , people can share their special memories through social networks. For instance, nowadays people seamlessly share their personal messages, photos, documents on Facebook and WhatsApp easily through smartphones.

It goes without saying that advance technology have adverse effects on the society. Children have become less active and contain themselves within the walls and play mobile games, consequently, they have fewer friends.In addition, adults too have become socially inactive as they are well occupied in chit-chat with their buddies on social networking sites and watching TV. Earlier folks used to come out of their homes at night within society compounds for the get-together; however, such scenarios are less visible nowadays. Furthermore, Parents are very busy with their mobiles that they often forget to spend valuable time with their children;, thus, children feel isolated which affects their mindset too.

Ergo, the invention of modern technology has provided more comfort to the society, it has broadened the social gap between people and given rise to the
feeling of isolation among people. 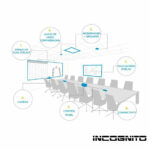 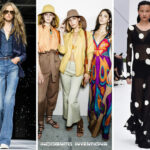