THE GRAPH BELOW SHOWS A CONFERENCE HALL BUILT IN 1981 AND PLANNE FOE 2020. SUMMARISE THE INFORMATION BY SELECTING AND REPORTING THE MAIN FEATURES AND MAKE COMPARISONS WHERE RELEVANT.

The given diagrams show the plan of a conference hall in 1985 and the proposed plan of the same hall for 2020. It is evident that some parts of the hall are planned to remain the same, where as some radical changes are planned for some sections.

The IT course is planned to be built on the south-west side. A canteen and kitchen are proposed to be made by the side of the IT course room. Three meeting rooms and a game room on the southern side are also included in the plan for 2020.

Overall, it can be seen that the conference hall will have many new rooms added in 2020, which would largely be at the expense of the garden area. 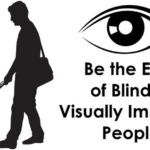 It’s a beautiful day and i can’t see it