The most noticeable change in iOS 15 is a FaceTime upgrade. Users will also get a Focus mode to help control distracting alerts, updates to the Weather and Map applications, and the ability to connect your state ID or personal driver’s licence to your Apple Wallet, but this feature will not be available at launch.

With Android and Windows smartphones, you can make FaceTime calls.

With the new FaceTime update, you’ll be able to see everyone on a FaceTime conversation in a grid format, as well as take calls in Portrait Mode and participate in a FaceTime call using an Android or Windows smartphone.

Users with non-Apple devices may “join using the newest version of Chrome or Edge,” according to Apple.

But don’t get too excited: you’ll need someone with an iPhone to initiate the conversation and provide you a link to join.

Apple has changed the way you can manage alerts on your phone in an attempt to reduce clutter.

The new Focus app is included in iOS 15, and it will provide you notification summaries in the morning and afternoon. The notifications are prioritised, and on-device intelligence is used to determine which app alerts are the most important.

The applications for weather and maps have been updated.

The two Apple applications have received significant updates. Data and layouts, including images and dynamic backdrops, will vary dependent on the prediction for Weather.

If it’s raining, for example, you’ll see rain falling in the backdrop as you examine the prediction. Full-screen, high-resolution weather maps with data like air quality and precipitation will also be available in the app.

Custom created landmarks will be included on the maps, as well as a nighttime mode with a lunar light. More data will be added to maps, such as the placement of turn lanes and crosswalks, to make it easier to notice traffic conditions and determine which lane to enter.

The SharePlay function will not be available on Monday.

During a FaceTime conversation, do you want to view TV episodes or movies? This, according to Apple, will be feasible with SharePlay.

“SharePlay offers a whole new way to share experiences with family and friends, no matter how far apart you are,” Apple stated.

However, the new option will not be available until iOS 15 is released. It will be available “later this fall,” according to Apple.

“A Diamond is merely a lump of coal that did well under pressure.” – KP 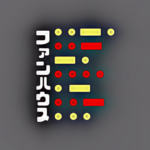 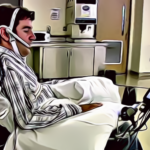