Smithying and forging is a process of heating the metal to a plastic state and then shaping it with a hand hammer or power hammer. Smithying is the oldest form of forging, which is largely used where small parts are shaped by heating them in the hearth.

The forging is a process of heating the metal in a closed furnace and shaping it in the dies under the pressure of heavy hammers & presses. it is generally for heavy parts.

Smithy tools are as under.

The hearths may be classified as opened or closed hearths. A common form of the hearth is a single hearth open type forge. It consists of a shallow dish made of heavy gauge Mild steel or Cast iron. It is provided with a lining of fire clay to withstand the excessive heat produced due to the combustion of fuel. The fuel used in a hearth maybe coke, coal, or charcoal.

The swage block is generally made of cast iron and has round, square, rectangular & half-round grooves. In addition to this, it is provided with holes which are useful for holding bars while bending & knocking up heads. The swage block is usually supported at a suitable height on a stand that is adaptable to hold its flat side or on its edge.

The anvil is used for supporting the work while it is stuck with a hammer. It is made in two most common forms like English & French types. An English anvil has a single beak while the French has a beak at each end. The body of it is made of mild steel to which a piece of high carbon steel is welded on the top to give a hard top face On the top of the anvil, there is a square & round hole. The square hole is known as the Hardie hole is used for holding square stank shaping tools like bottom fullers, swages, etc. The round hole is used for bending round bars of different curvatures. It is placed on a wooden block or cast iron stand.

Suitable tongs are used to handle the work (Job ) while forging. These are made of Mild Steel.

The various types of tongs are as under.

Around hollow tong is used for holding round, hexagonal and octagonal sections tightly. While square hollow is used commonly for square sections and flat is for flat sections.

The chisels are used for cutting metals & for nicking prior to breaking. They may be cold or hot depending upon, whether the metal to be cut is cold or hot.

The cold chisel is made of tool steel with a cutting angle of about 60 and its cutting edge is hardened & tempered. The handle of this tool is usually formed of an iron rod bent around the chisel. The cutting edge of a chisel should not be quite straight but slightly rounded.

The flatters are used for finishing flat surfaces and are made with a perfectly flat face. it gives smoothness & accuracy to articles which have already been finished by swages & fullers. Its size is about 7.5c.m. square or round. It is made of tool steel. it is struck by a hammer on the head.

The swages are used for work which has to be reduced & finished to round or hexagonal form and are made with half grooves of dimensions to suit the work being reduced. The swages may be in top & bottom halves or the two halves may be connected by strip of spring steel. thus enabling them to be used by the smith as single handed.

The Fuller’s are used for necking down a piece of work. It is mainly used to reduce. The metal while making shoulders. They are made of tool steel, in pairs. The top fuller is held by the black Smith and struck by the striker while the bottom fuller is fitted into the Hardie hole of the anvil.

1. UP- SETTING: or heading is the process of increasing the thickness of a bar.

2. DRAWING DOWN : or swaging is the process of increasing the length of a bar.

3. SETTING DOWN : is the process of local thinning down effected by the set hammer.

4. PUNCHING : is the process of producing holes, generally cylindrical by using a hot punch.

5. BENDING : is the operation in which the metal or bar is bent in angular or curvilinear. 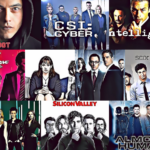 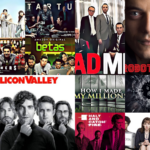