The chart below gives information about the main reasons why agriculture land becomes less productive. The table shows how these causes affected three regions of the world during the 1990s.

Summarize the information by selecting and reporting the main features, and make comparisons where relevant.

The pie chart illustrates four chief reasons that induce the farmland degradation to the present day, With a further historic data of three affected regions of 1990s.

The table shows that the causes in question have a disproportionate impact on various regions of the world.

Three distinct causes namely over- grazing, over – cultivation and deforestation that result into a less productive farmland account for almost 30% of a percentage each. The other determinant responsible for this degradation is recorded at only 7%.

Europe, being the most affected region, recorder their land degradation at 23% during 1990s. Out of dismal result, nearly 9.8% land was affected owing to over – grazing, twice as much was deteriorated by deforestation. Oceania region registered nearly 13% of their degraded land in total, out of which only the over – grazing caused it by 11.3%. In contrast, the region of North America was less affected when it is compared with counterparts. It had only 5% of land unfit for farming in total. 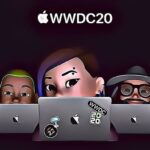