Naked Prostheses is a firm that makes personalised hand prosthetics for those who have lost their fingers. They were one of the first makers of finger prosthesis to provide consumers extraordinarily high degrees of dexterity.

eSight is a wearable gadget that works similarly to glasses and allows legally blind people to view their surroundings. The gadget contains front-facing cameras that capture the surroundings in near-eye quality and show it on a screen directly in front of the user’s eyes.

MotionSavvy is a platform that acts as a personal translator for deaf individuals, translating sign language into speech and speech into sign language.

While these products are now aimed at businesses with deaf employees, they might ultimately be expanded into smartphone applications, allowing anybody to communicate in sign language.

Cochlear Implants: Cochlear was one of the first firms to create a solution that restores hearing without the need for an external hearing aid.

Bioprinting is the process of employing 3D printing to create biological tissues (organs, bones, skin, and so on).

Although this technology is still in its infancy, it has the potential to dramatically transform the medical business and how we think about healthcare.

Wearable mechanical devices that can be worn on the outside of the body are known as exoskeletons.
They usually give artificial strength and endurance to the wearer.

The Sarcos Guardian is an industrial exoskeleton that allows a human worker to lift up to 200 pounds, operate heavy machines precisely, and execute repeated actions without effort.

Elon Musk’s Neuralink project is another attempt to develop a brain-computer interface (BCI).
If the idea is effective, people will be able to engage with computers on a brain level.

While this project is still in its early stages, Musk has a history of turning impossible concepts become reality.

Waverly Labs has developed a pair of earphones that can instantly translate conversations, eliminating the need to learn a foreign language.

While the languages it can translate are restricted and its accuracy isn’t 100%, it’s a significant step forward.

Google Glass: By now, everyone has heard of this technology, even if they aren’t sure what it accomplishes.

While the technology had a difficult start (mostly owing to an early announcement), vision enhancement is becoming more popular.

Microsoft’s HoloLens 2 is a mixed reality device that allows users to perceive and control holographic objects.

Many commercial and industrial applications exist for the device, including 3D computer-aided design and collaboration, employee training and virtual education, and gaming.

Zapata Flyboard Air: A hoverboard driven by a turbine.

The driver may soar up to 500 feet in the air by standing on top of it like a skateboard or surfboard.
While the equipment is on sale, prices seem to be hovering around a quarter million dollars.

However, the business is aiming to improve the product’s usability and affordability.

Invisibility Cloak: The thought of becoming invisible has piqued people’s interest, and while the technology isn’t quite there yet, we’re getting there.

Researchers have previously devised methods for making some surfaces and things invisible, and they’re now attempting to apply the same principles to human cloaking.

This concept arose from studies of mammals that can hold their breath underwater for longer durations, such as whales and dolphins.

Their blood cells are thought to be better at storing oxygen, which we might be able to reproduce.

Nanobots: Although the term conjures up images of science fiction, they have a strong chance of becoming a commonplace element of the medical business.

A nanobot is defined as “a robot that permits accurate interactions with nanoscale objects, or can manipulate with nanoscale resolution,” according to Wikipedia.

They can also access that memory with more speed and precision.

Theodore Berger, a neurologist, was inspired by this concept to investigate synthetic memory chips that may be implanted in the human brain.

While the research is currently in its early stages, it has the potential to provide individuals with “perfect” memories that never lose knowledge.

Nothing can destroy an Iron, But It’s own rust can

“Update yourself everyday, Bcas no one uses deprecated features” – KP 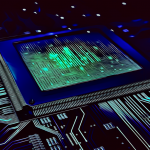 Wokwi Simulator Online – Arduino SSD1306 Simulator: How to Display Text, Graphics, and More – Wokwi teaches you how to do it easily. 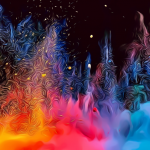 What is the GP2Y1014AU0F Dust Sensor and how does it work with Arduino?