Once upon a time, a girl and a guy fell in love. Because the girl’s parents were unhappy with the relationship, the boy decided to court both the girl and her parents. Girl’s parents eventually saw he was a wonderful man and agreed to their marriage.

When the parents agreed, a new issue arose. When war came out, the young man was called up to be transferred overseas for a year.

They were engaged a week before he departed. They agreed to marry once the guy returned from the war.

A few days later, the girl was struck by a car. She awoke to the scene of her mother and father weeping. She sensed something wasn’t quite right instantly.

She discovered that she had a brain injury, and that areas of her brain that controlled her facial muscles had been affected. Her once-beautiful face has been deformed. There were so many wounds on her body.

“Yesterday, I was lovely,” she wailed as she looked in the mirror at her scars, “but now, it’s all gone.”

She made the decision to break their engagement right then and there. She didn’t want him to view her in such a bad light. For a year, the guy wrote several letters and called her numerous times, but she did not respond.

After a year, the Girl Mother entered her chamber and stated, “He is returned from the war.” “He has come to see you.”

“No, please don’t tell him about me and ask him to go,” the girl screamed.

“He is getting married, and he is coming to present his wedding invitation,” Mother explained.

Mother handed her the boy’s wedding invitation after saying this. The girl felt depressed, and her heart fell. She knew she still loved him, but she had no choice but to forget about him now. She opened it with a heavy heart.

Then she read Her Name on it…!

“What is this?” she questioned her mother, perplexed.

Just then, a young man with a vase of flowers entered her room. “Will you marry me?” he knelt before her and said.

“Don’t look,” the girl murmured, covering her face with her hands. Please, I am no longer beautiful. “I have an awful appearance.”

“Your mother sent me images of you without your consent,” the young guy answered. I knew nothing had changed when I viewed those images. You’re still the person with whom I fell in love. You haven’t lost any of your beauty. “I’m in love with you.”

Loyalty is a choice, it won’t change with the situation

“If you are looking for long term growth of your company, Don’t hide anything from your business partner, choose people wisely for your organization, to achieve well growth, be self-disciplined, GIVE YOUR BEST TO EVERYONE, Leave everything to God” -KP 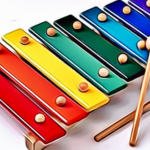 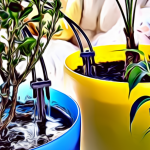