Prepare to get enraged with your own spouse as John reminisces about their first date, which took place 70 years ago on June 28, 1946. After seeing the 1946 film noir The Dark Corner, the couple had a dinner of beans on toast. Years later, when John watched the movie on TV, he taped it for them to watch on rare occasions.

Iris says something about John’s mother not like her because she was “too slim” at one time. What an issue to have!

John explains that his wife is in the early stages of Alzheimer’s disease, just as our hearts begin to melt over the cutest marriage of the year.

“The hitch is,” John says in the video, “it’s not going to get any better.” “It’s depressing. But I can’t be too greedy. We’ve enjoyed a wonderful life together.” After that, we begin to cry.

On Facebook, the poignant video has received over 490,000 likes. Check out the comments section for even more proof that real love exists: Thousands of individuals recounted their own or their parents’ and grandparents’ love tales.

Happy Valentine’s Day to all our Reader’s & Family 🙂

“Love has no words, no explanations, non-fungible, non-palpable, Unmeasurable but still you can feel it.” – KP 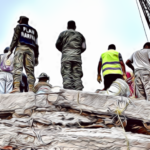 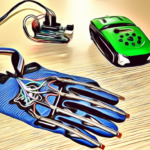