Once upon a time, there was an elderly farmer who had spent many years cultivating his crops. His horse bolted one day. His neighbours gathered to see him after hearing the news. They sympathised, saying, “Such awful fate.”

The horse reappeared the next morning, accompanied by three more wild horses. The neighbours shouted, “How amazing!”

His son attempted to ride one of the wild horses the next day, was thrown, and fractured his leg. The neighbours returned to express their sorrow for his tragedy.

Military authorities arrived in the area the next day to recruit young men into the army. They walked by the son since his leg was broken. The farmer’s neighbours complimented him on how wonderfully everything had turned out.

Explanation: The farmer is using non-judgmental behaviour. He knows the actual meaning of life, and that no event can be judged as a “end” in the conventional sense. Our lives do not follow the plot of a novel. There are no clear barriers between one moment and the next, and there is no precisely delineated end to which everything builds.

Tomorrow is always an option. And whether the day was wonderful or horrible, a single incident might have a million consequences. Both the good and the terrible are intertwined. In reality, they are two sides of the same coin. Things aren’t always as they appear. If it appears like Armageddon has arrived in your part of the world, it isn’t. At any time, everything can alter in an instant. And they will do so at some time.

This isn’t to say that we can’t be content. To the contrary, it means that in order to achieve peace and pleasure, we must recognise this reality and live in such a manner that we are always aware of it. But don’t let this drastically affect your lifestyle just yet. For the time being, simply ponder it and consider your existence through the lens of this eternally co-arising world. This act alone can provide you with a wonderful sense of relief.

“Life is all about ups and downs, That’s life” – KP 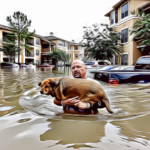 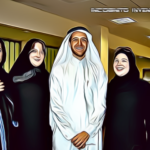