NOT ENOUGH STUDENTS AROUND THE WORLD CHOOSE TO STUDY SCIENCE SUBJECTS AT UNIVERSITY. WHAT ARE THE REASONS FOR THIS? WHAT IMPACT DOES THIS ISSUE HAVE ON SOCIETY?

Technology is rapidly changing the lives of people around the world, creating a high demand for university graduates with a background in science. However, the number of students studying relevant subjects is
well below the required level. This problem seems to be caused by outdated preconceptions, which determine young people’s choices today.

One of those preconceptions is that certain subjects are better suited for men. Examples of these include mathematics, computer science, technologies and other field of knowledge, which are totally dominated by males. In recent decades, a noticeable progress has been achieved by many countries in acknowledging that men and women are equally capable in science. Despite this big step towards equality, female employees may still feel unwelcome or, in some instances, face evident discrimination in male-dominated work environments. As a result, many women with a natural inclination to science settle on studying humanities or social science at university, depriving society of their main talent.

Another reason for the lack of science students spreads even wider. In the past, scientists were paid significantly less than professionals in such prestigious areas as business and law. Therefore, ambitious young people tended to choose highly paid occupations, disregarding their aptitude for science. Things have changed; today jobs in science are among those with the highest remuneration, but this trend is yet to be reflected in the university application numbers. For example, in the UK, over half of all international students still choose to study in business. Consequently, economies around the world are affected by an oversupply of science graduates with technical skills. Not surprisingly, complaints who cannot find a job are frequent.

To conclude, it seems some young people still studying science as a route towards a mediocre income from a job where most of one’s colleagues are men. Thus, too many opt for a degree in social sciences, creating an imbalanced society where high-educated university struggle to find a skilled job. 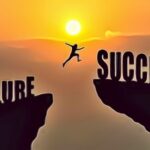 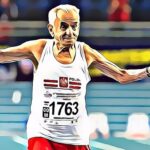