Sushant Singh Rajput’s death by suicide is currently being investigated by the Mumbai police. And according to latest reports, Sushant’s father has now filed an FIR against his girlfriend Rhea Chakraborty at his hometown, Patna. Quoting a cop from Patna, ANI had confirmed, “FIR registered against actor Rhea Chakraborty under various sections, including abetment of suicide, on the complaint of #SushantSinghRajput’s father: Sanjay Singh, Inspector General, Patna Central Zone”. Rhea was one of the first few to be interrogated by the Mumbai police, after Sushant Singh Rajput’s death.

Sushant’s father has expressed his inability to go to Mumbai to fight the case due to his health issues. Therefore, the case was filed in Patna.

Patna’s SSP said that the case has been filed under special circumstances and hence the FIR has been kept under the classified category and sent to the court.

A four-member police team has been constituted to probe the case. The team flew to Mumbai to carry out an investigation along with the Mumbai Police.

I’ve never seen such a talented and down to earth actor in my life. He was really a true gentleman with a big heart.

His story/journey teaches me that, It’s not enough to be talented / having good heart / being kind / being down to earth. You need to be “Vigilant” while choosing people in your life, One wrong choice can lead you to such a thing.

“If someone trust you blindly, Don’t prove them blind” – KP 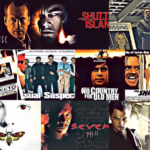 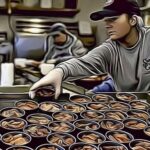