When the monsoon season is approaching, let’s talk about some of the interesting things about how much rainwater should go back into the soil.  Scientists around the world have said that at least 8 percent of the total rainfall during the year must be recharged into the earth, only if continuous water can be obtained from rivers and other water sources.  But we are getting upside down there, we are covering cement concrete or different structures and its pods or open land to open land where the water goes down. Due to this, the situation is that only 5% of water is going to the ground instead of 5%.  This rate of decline is also increasing day by day. Due to the lack of water in the ground, the rivers are drying on one side, and on the other hand, the rain is flooding the plains. Flooding creates problems. In Year 3, after a survey by US scientists in some dense forests of eastern America, it was concluded that at least 8 percent of the total rainfall during the year should be returned to the soil.  Only the rivers, bore wells, etc., in the surrounding areas should have enough water.

In scientific terms, the recharge is said to increase the groundwater level, if the recharge level is less than 5%, |  Professor of Geography at the University of Kumaon and Principal Investigator of the Natural Resource Data Management System.  J. S. The situation which Rawat saw in his studies concentrated in the mountainous region for six years, is actually very worrying.  In the search, they found that the recharge of rainwater in the forest area of ​​the bamboo forest was 5%, in the forest area of ​​the forest 5%, in the agricultural land 3%, in the deserted land and only, only and only 5% water recharge in the urban areas.  Thus, recharge status in urban areas is of great concern.

Due to roads, houses and other construction works, in urban areas, 5% of the rainwater is deposited back into the ground, while the proportion of villages is much higher than in the cities.  If the water coming from the rain does not accumulate enough inside the ground, the water source in the heat days! And the river – the drain is sure to dry up.

Which we have seen – especially Saurashtras – have experienced.  As the recharge levels have dropped, the water level in the mountains has also decreased. Because the water will not be deposited inside the ground, then the water will stop flowing from the water sources after the consolidation in the heating season.  This is also the reason why we drown in dunks, bore, or well for many years, not even there. Recharge levels are declining as population increases and forest areas decline. Most of the land is covered by horoads and other construction works. Due to this, rainwater does not descend into the ground.  Hence the towns – the source of water in urban areas. Water is rapidly depleting. Dense forests, on the other hand, have higher recharge levels. Because rainwater collides with the leaves, it slowly gets inside the soil. Even in the snowfall, water recharge is very good. The water melts slowly after a large layer of ice is frozen.

And gradually, underground.  In addition, the large leafy forest areas have higher recharge levels.  When water is drained out in populated areas without trees. This water goes into rivers and gets into the sea.  This is also the reason why most of the rainfall in the Himalayan areas is a serious problem of flood in the outlying areas.  Scientists say that if this is the case if the water crisis in Himalayan areas increases in the future, the problem of flooding in the Bahari area maybe even worse.  For the last two to three decades, the population around the rivers has been increasing rapidly. Increased construction around rivers and water sources causes water damage.  Scientists say that a continuous increase in forest areas is necessary to increase recharge levels. It is also said that species of trees such as cedar, bamboo, neem, and lily need to be sown in hilly areas as well as the spread of palm, pine forests will have to be stopped.  Efforts to contain rainwater will have to be increased. For this, the check dams and ditches have to be dug in the aquaculture areas of the rivers. This has happened in some areas, but it is much less, it still needs to be broadening.

Why you should learn Machine Learning? 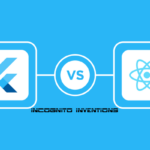