All of these individuals died of hemorrhage in multiple parts of their body. ‘This illness is known as scurvy. The description of how to prevent this disease was seen in the 8th century.  In 1 French sailor, Cartier traveled to the St. Lawrence River to use tea from some herbs to protect his companions. Cartier learned the tree from which to make this tea, with the knowledge of the local inhabitants living in the forests surrounding the river.  And by drinking it they were able to complete such dangerous trips to the hamlet. In his book ‘The Surgeon’s Mate’, he recommended using lemonade to prevent and cure scurvy. Scurvy was described as such by the Father of Medicine Hippocrates 5 years ago, but its scientific description was found in the 8th and 8th centuries.

Animal and vegetable diets for the human race in this period What was good was the point of a major controversy. There was a theory that everything is available from animals, and in other theories, it is said that vegetable matter is also needed for normal living. Johann Backstrom, a Hollandia author, stated that it is impossible to live without fruits and vegetables.  Certain substances are available naturally in fruits and green vegetables. He believes that scurvy – like fatal illness – can be prevented. – James Lind, surgeon of the British Royal Navy in the 5th, also confirmed his statement. He gave two oranges and one lemon daily to one group of sailors on the voyage, while the other group’s sailors were given a normal ration. Sailors who took oranges and lemons had good health.  While the orange and lemon can not carry sailors hunt for scurvy Took the plunge. In 2 he wrote a booklet on Scurvy and published his experiment. This is the first scientific experiment to be called in medical history. This exploration of James Lind inspired pilgrims to take a long voyage to the sea with fruits or juices such as lemon, peanuts, oranges, but thereafter new problems arose that made it difficult to preserve the fruits for long. Carried with fruit juices, but they were not so effective.

The experiment revealed that the juice contained in the copper vessel caused chemical changes in vitamin ‘C’ and that the juice was ineffective, but because of this experiment, carrying with lemons became a regular practice in every sea voyage. The controversy over the plant and animal diet was still ongoing. A scientist named Stephenson gave an illustration of Eskimo living in the Tund region, saying that they could only live a normal life on the animal feed, but sea adventurers visiting their territory was scurvy.

Stephenson experimented on his own and concluded that beef contains vitamin C, but that too much vitamin C is destroyed due to excessive cooking. Raw meat – Meat eaters do not have Eskimo deficiency of vitamin C.

The foundation for the discovery of vitamin C was hosted by two Norwegian scientists and Folic.  He first experimented with ginping in 3. He stated that because of the non-fruit diet, the ginping shows symptoms of scurvy and that by giving them fruits and their juice, the disease can be prevented.  This element was named Vitamin C in 3. Paprika (pepper) is used a lot in Hungary. Paprika contains plenty of vitamin C, with Hungarian scientist Gorgi using chemical chemist Haworth from Britain to analyze vitamin C from paprika, and the scurvy element was named ascorbic acid.

Credit for making Vitamin C as a tablet goes to Polish scientist Richstruin.  Thanks to their research, the simple and inexpensive production of vitamin C through chemical and bacterial fermentation. Switzerland issued a postal ticket to honor this research of vitamin C.  – Scurvy may have killed many people in the world due to vitamin C deficiency. Many pieces of research and experiments in the last 3-5 centuries have discovered this element and have made an unprecedented contribution to the survival of many. 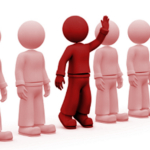 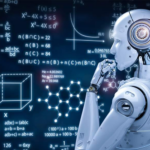 Why you should learn Machine Learning?