“Once in a while you can’t escape destiny“. Take Henry Ziegland, for instance. When he said a final farewell to his sweetheart in 1893, she ended it all. Her sibling accused Ziegland for his sister’s demise and promised retribution. He stood up to Ziegland, pulled a weapon, and tackled him.

Luckily for Ziegland, the projectile just brushed his face and held up in the close-by tree. The sibling, accepting that he conveyed the desired information, did not endeavor any further brutality.

For a long time the slug remained held up in that tree, everything except overlooked. In 1913 Ziegland chose to expel the tree. As opposed to Her sibling with a hatchet, he picked explosive to evacuate the He stood up to.

The blast ousted the shot and pushed it through the air until it moved toward becoming held up — in Henry Ziegland’s head.

He kicked the bucket right away — despite the fact that it had been a long time since the slug had been terminated.

Moral : Whatever you had done in your life, you must have to pay for it. So Be loyal, never play with someone heart or someone emotions or someone feelings otherwise “Karma” will play role soon!! 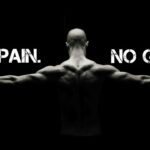 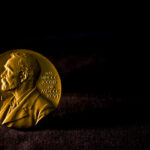